Home » Articles » Baby Sleep Training and Cry It Out Method

Baby Sleep Training and Cry It Out Method

Are there any other three words that inspire such a strange mix of hopefulness and apprehension in a new parent? They are a promise of better sleep for the whole family, combined with the worry about the difficulties of getting there. Not to forget that you might fret about the shed of tears (not only by your child but yourself as well).

Parenting can be overwhelming, and the fact that everyone’s feeding you their own opinion on how it should be done doesn’t help at all. No cry or cry it out method?

The truth is, you’ll have to discover on your own which method works best for you. But before making the right decision, you need to inform yourself first.

How to Know When Your Baby Is Ready for Sleep Training?

Your baby is undoubtedly sensational in many ways, but they might not be the best when it comes to sleeping. So now you are thinking about trying out sleep training. Besides the fact that both you and the little one are sleep deprived, how to know when you are ready?

Well, according to the majority of experts, you can begin with sleep training at four months, officially. But in reality, the four-month sleep regression can prove to be an encumbrance.

All the things that cause the regression, changes in brainwaves during slumber, your child’s rapid development – make it difficult for the sleeping methods to start working as fast as they could at other ages. When your little one develops a somewhat normal sleeping schedule, that’s the right time to move in with the sleep training.

Some infants aren’t quite good sleepers. Nevertheless, it’s not necessary for you to begin with the sleep training. Whether or not your little one dozes off so easily, try to see if they get tired around the same time each day. If they do, that’s your sign. 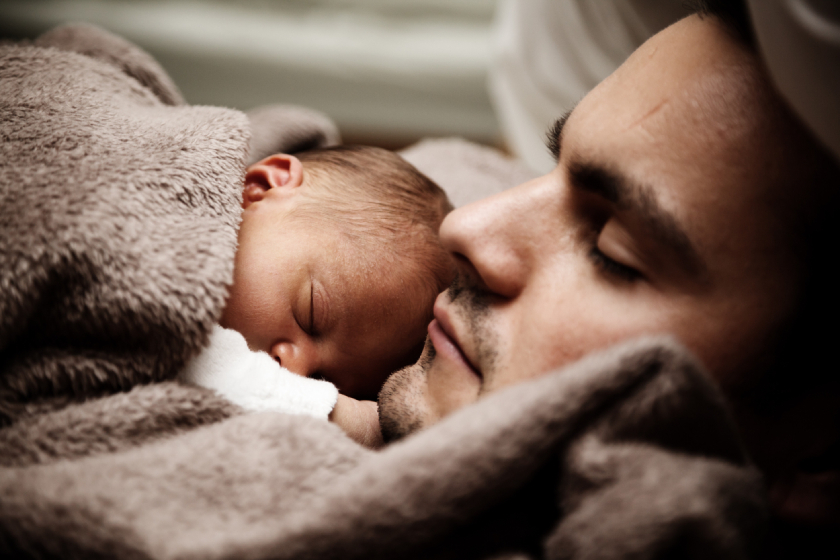 Which Method is Best for My Baby?

The time has come to commence the sleep training. Maybe you have decided to check out the bookstore and library and discovered that there is an overwhelming amount of different methods and books on the matter. You’re probably wondering, “Which one do I choose”?

It must be noted that every single method involves some amount of tears. That also goes for methods labeled as “no cry.”

Let’s think about it this way – we’re trying to get your child to do something they are not quite fond of – go to bed without their parents’ help. Changes are difficult even for adults, let alone babies.

No one likes their enjoyable, comfortable routine being disrupted. An adult might cry as well in that case. So if all methods involve crying, what makes them different?

a) The amount of crying there is.

b) What you are doing about it.

Let’s take a look at the most popular sleep training approaches:

The official, all-the-way “cry it out” method that was popularized by Mark Weissbluth – some even call it by his name. Basically, you put the little one to sleep when they are drowsy, but still awake, you get out and do not return.

Naturally, the baby starts to cry (sometimes, even the parents). It may last an hour or longer on the first try. It’s difficult for the whole family, no doubts about it, but the results ought to be good for all.

The crying outbursts get shorter and shorter. Significant improvements can be noticed after just three or four days, and the crying might stop altogether in the first week. In the beginning, it may be tough, but those first few difficult nights can lead to better sleep for the whole family.

Also known as the Ferber method. You might have seen it in the movie Meet the Fockers, but it was first mentioned in Ferber’s book – Solve Your Child’s Sleep Problems. Thanks to the film, the majority of people consider it to be the “cry it out” approach, but that’s not exactly the case as it is different from Weissbluth’s “get out the door and don’t look back” approach.

According to Ferber, you should go back inside the room occasionally until your child falls asleep. For example, on the first try, come back after just three minutes, then five, and then ten, ten, ten, until your child dozes off.

On the second night, instead of three minutes, come back after five, then ten, fifteen, fifteen, fifteen, and so on. Each time, increase the length of the intervals. Eventually, you’ll get to the night when your child will fall asleep before you even have a chance to come back to the room.

This method is more comfortable for some parents as the constant returning to the room allows them to let their little one know they are still there.

However, according to the method, you’re not supposed to pick up your child. You can still talk to them and let them know you are there. Come up with a phrase you’ll use every night, such as “time for night-night” – it can be of great help.

It is still one of the more difficult approaches, and it can be difficult for many parents. However, it should yield excellent results after just three or four nights.

A not-so-famous technique that’s best illustrated in the book called Good Night, Sleep Tight. It was written by Kim West AKA the Sleep Lady.

It’s also known as “the Chair Method.” So, we’ll need a chair for this one. Place it next to your child’s bassinet or crib.

After you put your child to sleep, sit right next to them. When they start crying, soothe them with your voice.

What makes it different from the other two beforementioned approaches is the fact that it permits you to pick up the little one, or rub their belly or back so that you would comfort them. However, if you do pick them up, you can’t comfort them for longer than two minutes.

So far, it doesn’t sound much of a method, right? You are doing the almost same things you would typically do.

Except, according to this method, you should move the chair a bit further each night. Eventually, the chair will be outside the room.

The approach is appealing to parents who are not comfortable with leaving their little one while they are crying. For other parents, another difficulty arises – not being able to pick up their baby whenever they feel the urge to.

By now, you’ve probably got the picture – no single way is the right way as every infant is different. According to the author of the book, this method ought to yield results in less than two weeks.

Some parents are simply not able to let their precious ones cry it out, no matter how hard they try. For such parents, Elizabeth Pantley presents a solution which she describes in her book.

She came up with the method in order to help families avoid “Cry It Outs.” However, the method isn’t as clear and cut as others, as it consists of numerous approaches, pointers, and tips that parents can try out.

Dimming the lights, setting up a bedtime routine are some tricks that could be used. Others could be using a lovey when your baby turns four months old or having a set wake up time. It can also include going to sleep earlier than one might expect (18:30 or 19:00).

When it comes to putting the child to sleep, it’s sort of a “pick up, put down” approach that has some resemblances to the Camping Out technique. What you need to do is get your baby ready for bed when they become drowsy, but still not asleep, and pick them up when they start crying. The process ought to be repeated until your baby dozes off.

So, in reality, with this method, there is some crying. What makes it different from other approaches is the fact that you can comfort your baby before they start crying intensely. That way, you avoid letting your baby cry themselves to sleep.

The process includes minimum discomfort, but, with this method, it will take anywhere between a couple of weeks, or even months, for your baby to develop a normal sleeping pattern. If you opt for it, you must know that it will take some time for it to work. Nevertheless, if you are not entirely comfortable with the “crying it out” methods, this is probably the way to go.

A lot of parents make the mistake of thinking that sleep training is a one-time thing. Yes, after the initial period, you do gain the prize in the form of a perfect sleeper. However, this is a lifestyle change.

Once your kiddo learns how to fall asleep on their own, routines and consistency are still required to help them adapt to new circumstances – such as a new sibling, moving house, or daycare.

All parents are encouraged to do their own research. Enrolling in a course, talking to your pediatrician or a sleep consultant might prove to be quite useful. Perhaps not everyone agrees with every method, but no parent or professional will argue against the perks of a good nights’ sleep, for both the children and their parents.

What Is Cholestasis Of Pregnancy?

14 Things To Know About Your Baby's Farts